What is Twitch? How To Make Money on Twitch 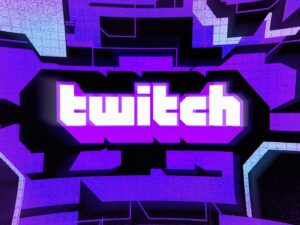 Twitch is the world’s leading live streaming platform for gamers and the things we love. Watch and chat now with millions of other fans from around the world.

While making money playing video games seems like a dream, this is what many people do on Twitch. I’ll show you how it’s done. Popular Twitch players get paid from fans who want to watch what they play.

Players broadcast their own videos while gaming, and those who watch them play directly donate money, buy subscriptions, or watch ads.

Twitch users consist of viewers in the audience and the players who post themselves during the game. Streamers can choose to play any game as long as they follow Twitch’s rules.

Viewers can only watch, but if you want to stream yourself while playing games, you need to create an account. All of this is free, as Twitch monetizes through ad revenue, subscription revenue, and on-site purchases.

With the account, you will get your video streaming window, a chat room, and your own channel with your own ID. You can set the channel to go offline when you are not playing. You also have the option to save archived games and present them to your followers.

Obviously, if you want to make big bucks on Twitch, you’ll be competing a bit. The site has an average of more than 53,000 live streams at any given time. At peak times a day, there are typically 75,000 concurrent broadcasters. All of these channels make no significant or no money.