What is Photoshop? How to Use Photoshop 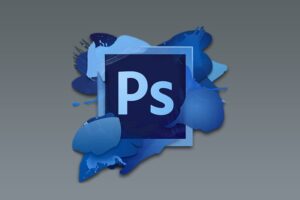 With Photoshop, you can vectorially modify and configure your pre-created graphics and photos.

Photoshop is an image editor where you can change and configure your pre-built graphics and photos into vectorials. In other words, photoshop helps you make arrangements on existing pictures rather than creating a new picture.

How to Use Photoshop?

Graphics editing software rather than recreating a new graphical data or photo helps to edit on previously generated data. The most common items we use in this process are cutting, copying and deleting. Its purpose of use can contribute to many different areas. It can be used to rearrange worn, faded photos, to give an existing photo the color you want, and to create various fun factors.

It is a pixel based graphic and photo processing software developed by Adobe Systems. Although Adobe Photoshop offers the opportunity to work with vectorial graphics, its main strength is its success on pixel-based images.

In order to use the Photoshop program effectively, it is necessary to know what the program does and its working logic. If you know these, you will not only motivate yourself during the learning phase, but also understand the real logic of the program.

These are just a few of the program’s capabilities. Using Adobe Bridge, a Photoshop plug-in, you can preview your image files and quickly edit names and locations. You can design effective, visually high quality Web Sites, create 3D animations, use RAW (Digital Negative of Image) format images by processing them in Photoshop using Photoshop with the latest versions.

As of Photoshop CS2 version, a system that has been developed called “Smart Object”, which enables the transfer of vector data to the Photoshop environment without degrading its quality, has provided great convenience to users.

Adobe Photoshop is used for professional purposes in many fields such as photographers, advertising agencies, web design companies and film industries.

In short, it has managed to become an indispensable part of the digital world and maintains its leadership in that sense and has established a throne in the hearts of its users with its structure that proves its leadership even more thanks to the innovations in each new version.