The Benefits of Language Learning. Advantages of Being Bilingual 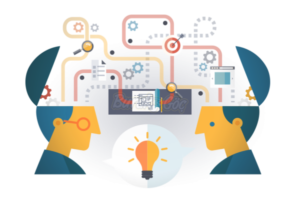 The Benefits of Language Learning

There are just a few things in this world which make me angry and sad at the same time.
But the one that takes the cake is reading almost every month for the past few years that soon, oh so very soon, learning languages will become obsolete.

Learning a foreign language is like training your mind. We can say that it is delaying Alzheimer’s, the benefit of learning a new language is also increasing the creativity.

You will be able to communicate confidently with more people

When you learn a foreign language a possibility will open up to speak with a whole different group of people. This may be very useful at work if you work in an international company or during your travels.

Knowing more than one language is a must nowadays when applying for a job, but knowing more than two is a huge advantage. Knowing languages will set you apart from other candidates and turn the odds in your favor. With this additional skill you can also expect a higher pay.

Your Brain Will Grow

What happens when you learn languages for more than 3 months and you’re serious about it?

You Will Have A Better Memory

According to research conducted by Julia Morales of Spain’s Granada University, children who learn a second language are able to recall memories better than monolinguals, or speakers of just one language.

When asked to complete memory-based tasks, Morales and her team found that those who had knowledge of multiple languages worked both faster and more accurately.

The young participants who spoke a second language had a clear advantage in working memory. Their brains worked faster, pulling information and identifying problems in a more logical fashion.

When your brain is put through its paces and forced to recall specific words in multiple languages, it develops strength in the areas responsible for storing and retrieving information.

Travel will be much easier for you

Knowing a foreign language opens the door to the world for you. The ability to speak in another language makes travel easier even if the language you know is not the language of the country you’re visiting. Maybe some locals also speak it as a second language. 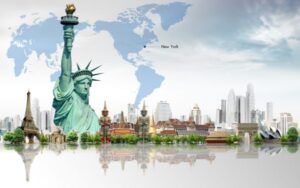 You will meet new people

You can meet new people in a language class, in your study group or you can meet speakers of the language you’re learning during your travels. It a great opportunity to get inspired and motivated by others. 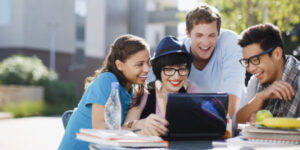 Knowing more than one language is a must nowadays when applying for a job, but knowing more than two is a huge advantage. Knowing languages will set you apart from other candidates and turn the odds in your favor. With this additional skill you can also expect a higher pay.

You Will Be More Creative

Learning a foreign language improves not only your ability to solve problems and to think more logically. It can also increase your creativity, according to Kathryn Bamford and Donald Mizokawa’s research. (English Easy Practice)

Early language study forces you to reach for alternate words when you can’t quite remember the original one you wanted to use and makes you experiment with new words and phrases.

It improves your skills in divergent thinking, which is the ability to identify multiple solutions to a single problem.

In this article, you learned the benefits of language learning and being bilingual.  Thanks for reading!